BREAKING NEWS
GMT+2 10:31
Home Home improvement When Is It Necessary to Restump Your Home? 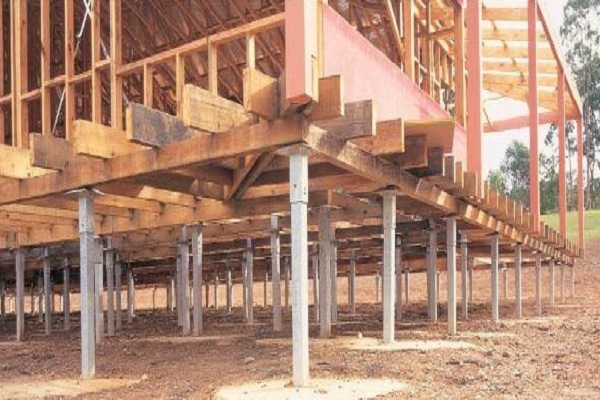 When Is It Necessary to Restump Your Home?

Restumping is one of the most important aspects of maintaining a home, and yet it is also one that people often overlook. If you’re reading this, then you’ve probably only recently heard about the process and looking for more information on what it’s all about.

Simply put, restumping is the process of fixing or replacing the stumps that support the foundation of most traditional-style homes. It is more common among houses located in flood-prone areas. Under such conditions, timber stumps need raising or replacing every 15 years or so.

The only problem, of course, is that Restumping in Melbourne is a complicated and costly affair. It’s not surprising then that many people would instead leave and relocate rather than restump an old house. That said, moving is not an option for some people, especially if they don’t want to go and prefer to preserve as much of the original structure of their home as possible.

What are you getting yourself into should you decide to restump your home?

Restumping is going to be expensive — there’s no way around it! You can expect to pay at least $80,000 or so to restump the foundation of an average-sized home, and there’s not even a guarantee it’ll work. Hence, the first thing you would want to ask yourself is whether its’ truly worth spending all that time, money, and energy.

If you’ve answered yes to the question mentioned above, then you will need to act quickly. Old stumps need to be fixed or replaced as soon as possible before it causes any more damage to your home’s foundation. If you’ve managed to catch signs of stump damage and deterioration early on, then count yourself lucky. Most people don’t even notice that their home is need of restumping until the damage is apparent.

What are the signs that your home is due for restumping

If you have a basement where the stumps are located, then crumbling walls are a sure-fire sign that there’s something wrong with your home’s foundation. Basement walls that bulge out, fracture and fall apart imply that the house is sinking in. Moisture from the ground on the other side of the basement walls has permeated through and softened the concrete to an unstable state. Unfortunately, when a basement wall shows the very first sign of damage, most people tend to blow it off, thinking that it’s “normal,” which isn’t the case.

If you notice that the walls parallel to your home’s foundation are starting to lool “bulgy, then you need to get in touch with a restumping expert as quickly as possible to get ahead of the problem.

Flaking concrete walls does not necessarily show that the moisture from the ground outside is affecting the walls. It might similarly indicate that your basement was flooded at one time and remained submerged for months or even years. Such an event is possible, especially if you cannot account for the full history of your home. For this reason, most homes located in flood-prone regions in Australia forego the basement altogether and rely on stumps to support their home’s foundation.

Beautiful Showpieces for Different Rooms in Your House

What Color Cowhide Rug Is Appropriate for Your Space?

Why Are Specialty Surfactants So Special?

Eco-Friendly Ways to Brighten Your Home

Do You Need Maid Services?

7 Unique Gift Ideas You Can Give To the Gardener

The Key Features of a Home Bar

Eco-Friendly Ways to Brighten Your Home

Prominent Reasons For The Necessity Of Pest Control Services